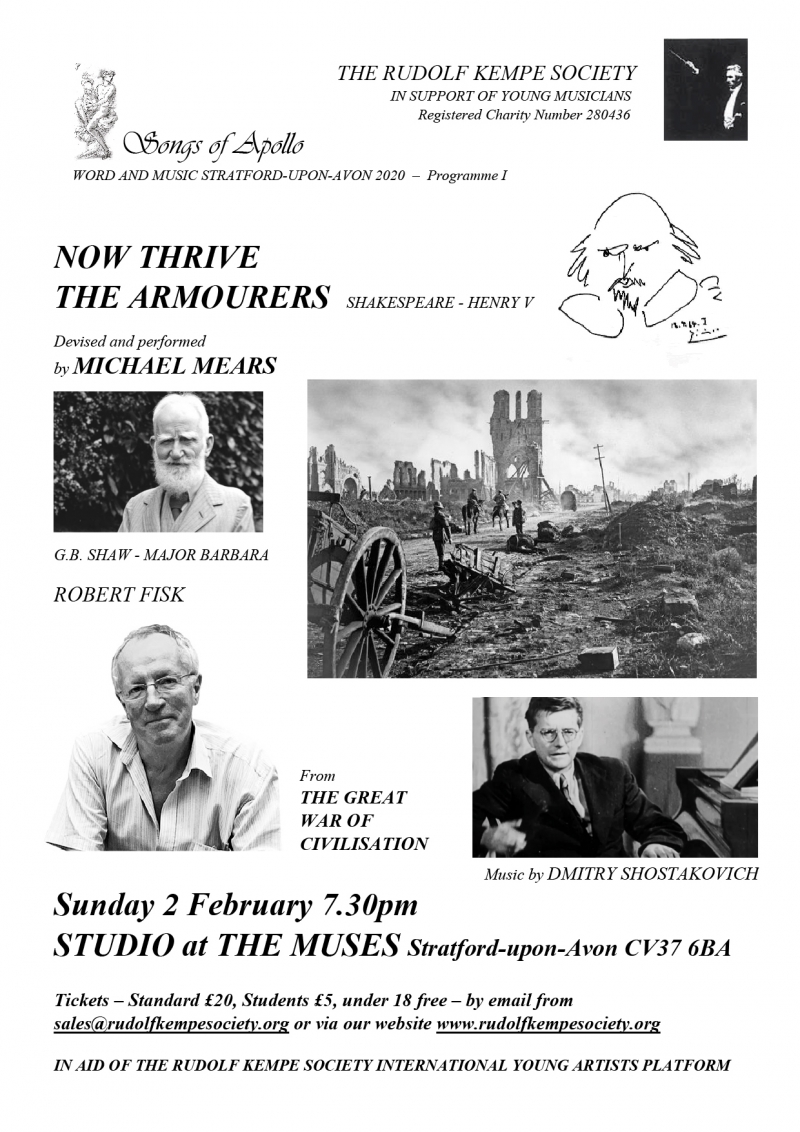 Following the tremendous success of his play ‘THIS EVIL THING’ performed for us in 2017, we welcome back MICHAEL MEARS, a longstanding member of the National Theatre, the RSC and the Peter Hall Company, one of the most versatile actors of his generation.

Michael has made an international name for himself with several one man shows, in which he tackles topical subjects that are of social and political relevance to all of us.

The virtuosity and intensity of his performances are utterly captivating and compelling, leaving the audience not only with food for thought but the feeling that a difference in today’s troubled world can be made. 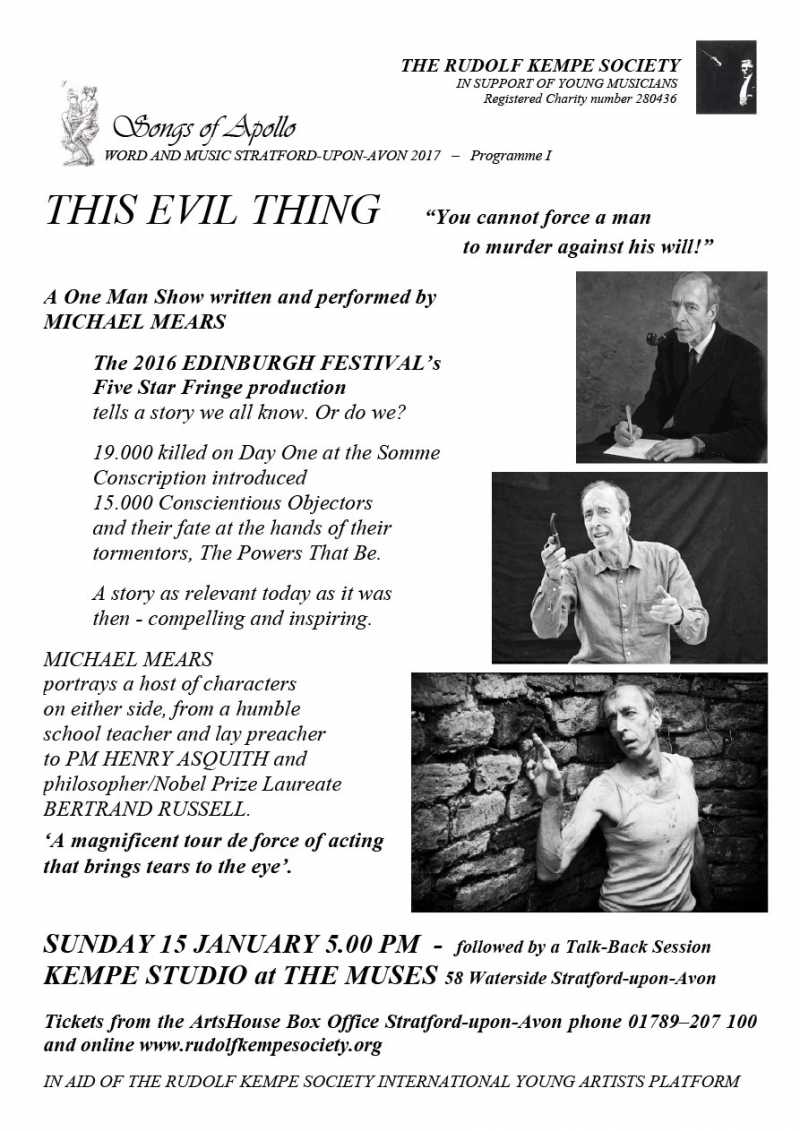 A One Man Show written and performed by MICHAEL MEARS

The 2016 EDINBURGH FESTIVAL’s Five Star Fringe production tells a story we all know. Or do we?

19.000 killed on Day One at the Somme Conscription introduced
15.000 Conscientious Objectors and their fate at the hands of their tormentors, The Powers That Be.

A story as relevant today as it was then - compelling and inspiring.

MICHAEL MEARS portrays a host of characters on either side, from a humble school teacher and lay preacher to PM HENRY ASQUITH and philosopher/Nobel Prize Laureate BERTRAND RUSSELL.

‘A magnificent tour de force of acting that brings tears to the eye’.